Rage demands its own way. It is always violently angry. It inflicts fear and terror in others. If it is allowed to become a stronghold  it will eventually push everyone out of its host’s life. Selfishness, jealousy, rebellion and offense can invite it in.
This stronghold can end our lives or keep goodness and love at a distance if it is allowed to continue.


Job 5:2a For vexation and rage kill the foolish man.

Rage can be instigated by [vain] imagination. Thoughts of foolishness and selfishness can bring it on. It is paranoid. It perceives offense where offense may not be intended. Every part of its existence is grounded in selfishness.

When rage moves forward it does not take anyone or anything else into consideration except its own agenda. It has no compassion, no respect, no concern for the welfare or well-being of its host or those around its host. 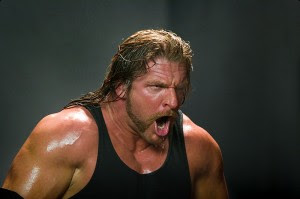 5 Biblical tips to overcome rage:
1. Do not allow the stronghold of denial to cover over rage in your life. Be honest with yourself, God, and others.

Colossians 3:9-10 Do not lie to one another, for you have stripped off the old (unregenerate) self with its evil practices,10And have clothed yourselves with the new [spiritual self], which is [ever in the process of being] renewed and remolded into [fuller and more perfect knowledge upon] knowledge after the image (the likeness) of Him Who created it.

2. Try to understand why you are angry before it turns into [verbally or physically] foolish violence.

Luke 6:11 But they were filled with lack of understanding and senseless rage and discussed (consulted) with one another what they might do to Jesus.

3. When you feel rage trying to stick its ugly head into your life find a safe, quiet place and look to God for help before it moves in.


Hosea 7:16 They turn back, shift, or change, but not upwards [to the Most High]. They are like a deceitful bow; their princes shall fall by the sword for the insolence and rage of their tongue. This shall be [cause for] their derision and scorning in the land of Egypt.

4. Turn to God if someone has raged against you [especially for a foolish or nonsensical reason].


Psalm 7:6 Arise, O Lord, in Your anger; lift up Yourself against the rage of my enemies; and awake [and stir up] for me the justice and vindication [that] You have commanded.

5. Do not argue with fools or allow an argument to turn passionate. If someone you know is acting foolishly, back off– before you allow rage to take over your or their countenance.


Proverbs 29:9 If a wise man has an argument with a foolish man, the fool only rages or laughs, and there is no rest.

Job 31:12 For [uncontrolled passion] is a fire which consumes to Abaddon (to destruction, ruin, and the place of final torment); [that fire once lighted would rage until all is consumed] and would burn to the root all my [life’s] increase.

Written by Christian author, Pola Muzyka.
Posted by Pola Muzyka at 10:35 AM