Strongholds are meant to keep people safe usually from what or who is on the outside. However, a stronghold can be a prison to some–the princess locked in a tower or the prince locked in a dungeon comes to mind. The stronghold of the Lord is safety in His presence. Sin separates us from God. Evil strongholds take root when sin is allowed to flourish and prosper. Knowing that He has, and can deliver us from our sins gives us peace.

A demonic stronghold in our lives can cause us to feel like or become a prisoner even if we believe that we have been delivered from the curse of sin and death by the sacrifice of Christ Jesus. When problems arise, the natural man has a tendency to react instead of searching deliverance from the strongholds attached to the problems. As a result, we become oppressed. This is the difference between freedom in Christ and oppression. A demonic stronghold is described well as a prison in the book of Revelation.
Strongholds can either keep people safe or become a prison. The only stronghold we should sanction is the stronghold of the Lord. However, wrong thinking can become a stronghold in our lives that will prevent us from receiving God’s best.

The stronghold of the Lord is safety in His presence. Sin separates us from God. Strongholds take root when sin is allowed to flourish and prosper. Knowing that He has, and can deliver us from our sins gives us peace.

Psalm 18:2-3 (GW) 2The Lord is my rock and my fortress and my Savior, my God, my rock in whom I take refuge, my shield, and the strength of my salvation, my stronghold. 3The Lord should be praised. I called on him, and I was saved from my enemies.

A demonic stronghold in our lives can cause us to feel like or become a prisoner. Jesus continually told us to change the way we think and act. Wrong thinking can become a habit and can cause us to make wrong choices or worse, to harbor feelings of inadequacy, fear, doubt, worry, and other emotions or pressures from the inside. Pressures caused by wrong thinking are strongholds that will steal, kill and destroy us if allowed to flourish.

When problems arise, the natural man has a tendency to react and in turn, slow our deliverance from these problems.  A demonic stronghold can set in–described well as a prison in Revelation.

Demonic strongholds are worth recognizing because they could have a demon attached to them and almost always cause pain whether emotional or physical. These strongholds will start out as sin, a bad thought, or pressure from outside, but can become a habit sanctioned by the oppressed person.

We have authority over the strongholds in our lives if we have received salvation. It’s up to us to recognize them and refuse them. The Bible says, ‘resist the devil and he will flee from you’–let go of the sin that imprisons and let God take over.

This blog is meant to call your attention to the strongholds in your life. It’s up to you to pray, take control back from the enemy, and learn all you can about the strongholds and how they enter your life while you block all the entrance points, bind, and cast out all the demons [curses]. We already have the victory in Jesus Christ. See the post on curses.


James 4:7 So place yourselves under God’s authority. Resist the devil, and he will run away from you.

Ignore God, open the door. It’s as simple as that. One of the most obvious invitations to Demonic Strongholds is given when we shut God out. That’s right–when we don’t allow him a place in our lives. 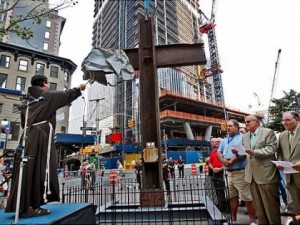 According to Blaze editor, Madeleine Morgenstern, New York religious leaders have never been included in the city’s official memorial. But is this true? Thanks to a secularist mayor, Michael Bloomberg, whether it’s true or not, while he’s in office it won’t happen. The mayor made headlines Wednesday when his office confirmed no religious leaders would be allowed to participate in the proceedings. 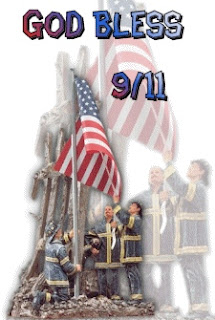 Rudy Washington had this to say to the Wall Street Journal. “This is America, and to have a memorial service where there’s no prayer appears to be insanity to me. I feel like America has lost its way.”

And it has. Prayer was taken out of our public school systems in 1962 and by 1963 corporate Christian prayer and Bibles were eliminated. Books with biblical values were systematically removed as Bible-believing religions were no longer welcome in the classroom. This gap was filled with new curricular material. Books with popular themes of witches, vampires, demons, and sorcerers replaced the books with Biblical values.

It didn’t stop there. The values young people were learning began to erode. Soon afterward abortions, school shootings, suicides, gangs, rapes, drugs, and witchcraft rose and continue to rise. To this day it is evident that taking God out of anything or any place opens doors wide to demonic strongholds.