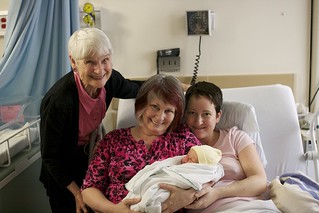 Have you ever wondered why certain sicknesses run in families? Have we accepted this phenomenon as a fact of life? What does God say about these things? A generational disease is simply put, a curse on our bodies.


Luke 13:16 And ought not this woman, a daughter of Abraham, whom Satan has kept bound for eighteen years, be loosed from this bond on the Sabbath day? Notice that this verse says, “Satan has kept in bondage.”

The major qualifications for a disease could at times be imprinted into our DNA, but more than likely this imprinting does not necessarily have to result in disease. What are diseases and why do we seem to inherit them from our ancestors? 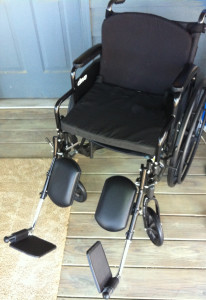 Disease is an abnormal condition that affects the body of an organism. Most disease is not a prerequisite. But a disease can come on us because of sin. Sin that has turned into a habit and eventual stronghold may, in fact, cause our bodies to invite sickness. Habits are learned behavior that can be passed down for decades. With these inherited habits come the sins that cause deterioration and disease.

Some of these habits are, temper flare-ups, overindulging in food or drink, smoking, blame, unforgiveness, laziness, and the list goes on. In other words, we learn the habits that become strongholds that cause what appears to be a generational disease.

What can be done about this stronghold of generational disease and how can we rid ourselves of it, even though it appears to have been passed down for generations?

1. Seek out the main cause once you recognize an illness that appears to be passed down to you. High blood pressure, for example, may be caused by improper eating habits, lack of exercise, or something simple like not drinking enough water. Things you learned from others in your family.


Hosea 4:6 My people are destroyed for lack of knowledge; because you [the priestly nation] have rejected knowledge, I will also reject you that you shall be no priest to Me; seeing you have forgotten the law of your God, I will also forget your children.

2. Ask God in prayer for the strength you need to overcome a habit that has been taught to you and may potentially lead to sickness and even early death.


Numbers 14:18  ‘The Lord is slow to anger and abounding in steadfast love, forgiving iniquity and transgression, but he will by no means clear the guilty, visiting the iniquity of the fathers on the children, to the third and the fourth generation.’

3. Ask for the healing Jesus has already provided. Jesus has overcome the sins of the world. Receive his sacrifice if you haven’t already.


John 8:36 So if the Son sets you free, you will be absolutely free.

John 16:24 Up to this time you have not asked a [single] thing in My Name [as presenting all that I Am]; but now ask and keep on asking and you will receive, so that your joy (gladness, delight) may be full and complete.

4. Have faith that his sacrifice was sufficient for you to overcome what you believe is a generational curse.


Galatians 3:13 Christ paid the price to free us from the curse that the laws in Moses’ Teachings bring by becoming cursed instead of us. Scripture says, “Everyone who is hung on a tree is cursed.”

5. Turn from anything that may be causing you to harbor bad habits leading to sickness.


Proverbs 16:17 The highway of decent people turns away from evil. Whoever watches his way preserves his own life.

Be Sociable, Share!
Posted by Pola Muzyka at 1:45 PM